VENDOR OF THE WEEK

The Old Mill is one of the oldest running gristmills in the country and is proud to keep the tradition of producing high-quality, natural stone ground products.

American Tuna was formed by six American Pole & Line fishing families in San Diego, California in 2005. The Mission of American Tuna is to provide a high quality sustainable canned albacore tuna customers can buy directly from the source. Using a traditional harvest and packing method, we offer the highest quality, all-natural, tuna pack on the market. Our products are hand filleted & hand packed in Oregon, using cans that are BPA Free, and manufactured in America. Supporting American Tuna is supporting the preservation of artisanal fishermen, micro-canneries, and fishing families who helped pioneer the West Coast of the U.S. 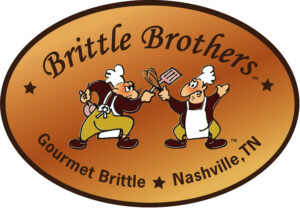 Many years ago, John Spalding had a hankering for some good old- fashioned peanut brittle, like his Mother used to make. Unfortunately, after searching high & low for some quality brittle, all he could find was the cheap stuff – you know, peanut brittle that is all brittle and no nuts!!! Frustrated in not being able to find any “quality” brittle, and choosing not to break his teeth on the low- end stuff, John decided it was time to make his own. In 1985, John F. Spalding dusted off Great-Grandma Spaldings old-fashioned peanut brittle recipe from the 1860’s and went to work.

After years of “tweaking and refining” his recipe, John discovered that by reducing the amount of sugar and corn syrup in his brittle, while at the same time increasing the number of nuts in his recipe he could produce the most delicious gourmet brittles ever made! John’s gourmet brittles have delicious peanuts, cashews and pecans surrounded in a sweet and savory layer of buttery, golden brittle. They have all the nut flavor that he craved, with just the right touch of sweetness added in. And so, John was a very happy man and could now sit back & enjoy the World’s Most Delicious Brittle any time he wanted.

In 1976, Mike Fogel took the first step in raising buffalo. He bought two buffalo yearlings, a bull, and a heifer, and from there the adventure began. Today, Buffalo Gal, located on the Money Creek Buffalo Ranch, is a thriving business and a way of life and is one of the finest quality herds you will find in America today. Years of experience, dedication, and attention go into the maintenance and care of these top-quality animals. Buffalo Gal has developed a complete line of delicious and affordable buffalo meat products over the years for your enjoyment. In addition to our Bison, our product line includes Wild Boar, Scottish Highlander Beef, Elk, and Swabian Hall Pork.

About Circle B Ranch

Family-owned and operated, Circle B specializes in natural, clean and sustainable products. Our hogs are raised the “old-fashioned” way, meaning they’re outside 100% on pasture —the way nature intended.

Good, clean and wholesome food is Marina’s passion. Circle B produces sauces with a shortlist of simple, clean ingredients and we use sustainable techniques. Our sauces contain no caramel coloring, artificial preservatives, or high fructose corn syrup and each and every sauce is also gluten-free!

Taste the difference that natural raising and humane treatment can make to the taste of pork 100% bred, raised and processed in the USA! 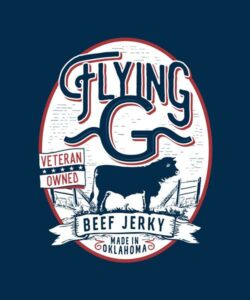 The idea behind Flying G Jerky back in 2017. I had spent countless hours in the evening and weekends working on my recipe trying to get it just right. I was eating a low carb, zero sugar diet and I could not find a beef jerky that did not have sugar in it. I knew that I could make it. After many trial and error, I was able to get the recipe right where I wanted it! In early 2018, I enlisted the help of a co-packer and we quickly went to work converting the recipe over from what I was used to, to a recipe that was custom for 125lbs of meat at a time. We would mix spice, cook a test batch, tweak the recipe, cook some more……you get the picture. Wash, rinse, repeat. Finally, we nailed it! We quickly went to work getting all the nutritional facts and other paperwork needed to get our USDA approval and by July 2018 we had our approval and rolled out our first batch of Flying G Original beef jerky on July 11, 2018. Since then, we have pushed hard to get it in stores around OK on our own. After 8 months of doing that, we enlisted the help of a distributor and since, we have added a couple other distributors to move our product. We can now be found in 200+ stores around Oklahoma and surrounding states. 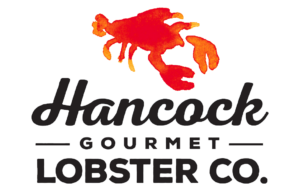 Hancock Gourmet Lobster Co. was founded with the idea that you should never hide the taste of Maine lobster. A pure Maine experience inspired by generations of family recipes, made from scratch by our team without compromise. And each order? Well, it arrives ready for you to heat, eat and enjoy when the time is right, no prep needed from you. All of our products are made in small batches to preserve quality. 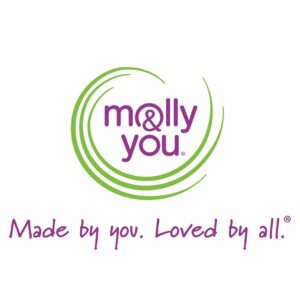 molly&you® is a woman-owned and operated gourmet powerhouse with distribution centers and offices in five states. When Molly and her team are not at work, you can find them volunteering in their communities, coaching kids sports, mentoring, tailgating, hosting parties with friends, and the most important thing – taxi-ing their children all around! The team is committed to bringing you on-trend & crave-worthy mixes that are as delicious as they are simple. 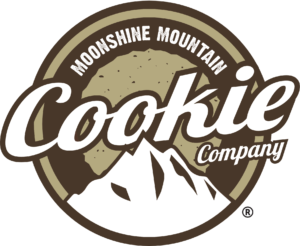 Our distinctly delicious gourmet cookies are handcrafted in small batches using only the finest ingredients to ensure your complete satisfaction. We offer a variety of cookies, with Gluten Free Options available. Some of our special recipes even include a splash of original Tennessee moonshine, giving our cookies that special taste that you can’t find anywhere else. The process of making our cookies in a micro-bakery environment is hard work, but we don’t do things the easy way, because we think you, our customers, are well worth the effort. We look forward to providing you with superior quality, unique flavor combinations, and a heartwarming experience each time you take a bite of one of our gourmet cookie creations.

About Old Mill of Guilford

The Old Mill of Guilford was first established in 1767 and has been producing quality products for over 250 Years! The Old Mill is one of the oldest running gristmills in the country and is proud to keep the tradition of producing high-quality, natural stone ground products. In addition to stone grinding grains to make grits, cornmeal, and flours, the product line includes mixes for pancakes, muffins, scones, cookies, biscuits, and much more!

In the 1930's, in the back of the family grocery store located in Clarksburg, WV, Antoinette Oliverio perfected her recipe for peppers in Italian sauce. The peppers were so popular that in 1972, her son Frank took her treasured recipes and began canning peppers under the name Oliverio Italian Style Peppers.​ Today, Oliverio's still makes all their products with fresh produce and a special blend of herbs and spices, all simmered with perfection in mind. Only the best was served in the Oliverio home, and we strive to make a product worthy to be served in homes across the country. Our line is designed to be used as a cooking ingredient; to enhance your pasta, added to meats for a new dimension, or as a topping for sandwiches, pizza and dips. When you open a jar of your favorite Oliverio product, we feel confident that our products are going to add quality, flavor and convenience to anything you serve. 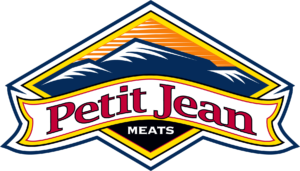 Hancock Lobster Company Maine Hancock Gourmet Lobster Co. was founded with the idea that you should never hide the taste of Maine lobster. A pure Maine experience inspired by generations of family recipes, made from scratch by our team without compromise. And each order? Well, it arrives ready for you to heat, eat and enjoy when the time is right, no prep needed from you. All of our products are made in small batches to preserve quality. 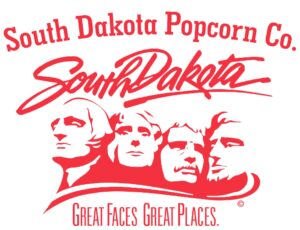 South Dakota Popcorn has been selling gourmet popcorn in South Dakota since 1979. Our family-owned-and-operated business is located in the very center of South Dakota—our pride and joy. Whether you’re looking to give someone a special gift, or you want to boost your brand with an outstanding gourmet product, you’ve come to the right place! When it comes to gifts and gift boxes, we’ve got everything you could need covered. Be it personal gifts for family and friends or private label products to liven up an office occasion—sparking joy is our forte. We also work with schools, sports teams, and other organizations on fundraisers. So, no matter what your gift-giving needs are, we sure can make it POP!

Around that breakfast table, Umpqua Oats was born. We knew oats were reliable, trusted and innately good- but the big guys were beating them up with bleaches and artificial ingredients. We became obsessed with taking oats from under-estimated to over-achieving. That’s why we do things differently here at Umpqua, such as using only real, natural foods that we would feed to our families. No dyes, bleached oats or anything artificial. Because we never fake it. Armed with our friendship and the love of our families, we continue to make the healthiest, highest-quality, NO MUSH oatmeal on the planet, and we’re having a blast doing it! 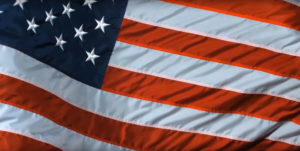